In 1879 Richard and George Cadbury relocated their cocoa factory from Bull Street in central Birmingham to Bournbrook, south of the city, later renaming the area Bournville.

During the early twentieth century Cadbury’s published literature and images which promoted the ethos of Bournville, its new model factory, and the high-quality products they produced.

Depictions of Cadbury’s female employees became a central feature of the company’s identity at this time. Although Cadbury’s created a rich archive of imagery, it often presented an idealised view of the factory and its female employees.

Women accounted for over fifty percent of Cadbury’s workforce during the early twentieth century. They were also a relatively young workforce, as many women left employment between the age of twenty and thirty to marry. 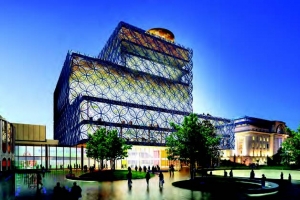