Migrants in the Media

This article explores aspects of the first televisual accounts of post-war migration and its representation of Black people as they settled in the Midlands.

Birmingham was the location of major broadcast production by the BBC (from 1927 in radio, 1950 in television) and ATV (later Central, from 1955). Outside of London, it is also the centre of the greatest concentration of Black migrants and their descendants in the UK. So what does the contemporary broadcast news tell us about the beginnings of post-war migration and reactions to it? The Media Archive Central England (MACE) is a useful starting point.

MACE is an exceptional resource that holds and makes available online to the public a vast range of material from news reports of commercial TV in the Midlands. These include establishing shots and location footage of events, interviews and the comments and analyses of reporters to camera. The catalogue preserves original descriptions of the material, recording the language of the period and the priorities of the newsroom. 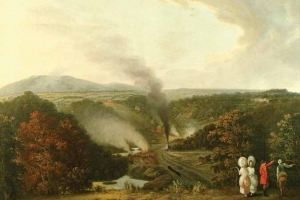