The ‘Everything to Everybody’ Project is recovering Birmingham’s unique heritage as home to the largest and oldest Shakespeare collection in any public library in the world. Recently, it has also begun to uncover the truly global influence and reach of this historic people’s Shakespeare library, which has holdings in some 93 languages. In a special History West Midlands film and two associated podcasts, the Project Director, Professor Ewan Fernie, and its American International Champion, Professor Katherine Scheil, share some of the excitement of re-establishing the links between Birmingham’s nineteenth-century Shakespeare heritage and the development of Shakespeare in America.

In The Tempest, when she is faced with human society for the first time, Shakespeare’s cast-away Miranda says, “O brave new world / That has such people in’t!” Her father, Prospero, wearily replies, “’Tis new to thee.” But in the middle of the nineteenth century, George Dawson and the other founders of Birmingham’s pioneering Shakespeare library really believed Shakespeare could play a role in regenerating culture. Dawson regarded Shakespeare’s plays as “the newest Bible, the sweetest, truest teachings of the truths of the future that the world ever had.” When he crossed the Atlantic to visit America in 1874, he cemented relationships between British and American Shakespeareans which had lasting effects on America’s cultural institutions and landscape. While Fernie and Scheil’s new article on Shakespeare, Birmingham and America uncovers much of this lost history, it also shows that Dawson’s visit to the States exposed serious limitations to his “everything to everybody” ethos – limitations it is vitally important we acknowledge and move beyond today in favour of making culture more equal and inclusive. 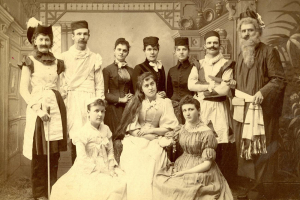 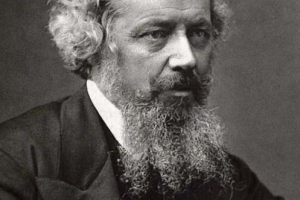 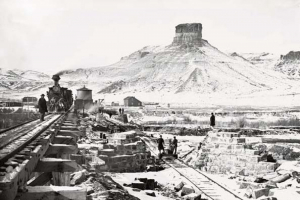