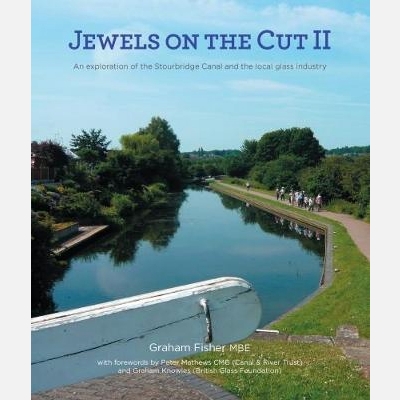 Jewels on the Cut II, an exploration of the Stourbridge Canal and the local glass industry.

This latest addition to Graham’s ‘Jewels’ series that covers the glass industry and the canal that runs through it is the result of a seven-year upgrade since publication of the original in 2010. In view of its dual nature it unusually carries two forewords, one by Peter Mathews CMG of the Canal & River Trust and the other by Graham Knowles of the British Glass Foundation.

The second edition reflects what Graham describes as the ‘monumental changes’ that have taken place since 2010, not least the formation of the Canal & River Trust and the creation of a brand new glass museum alongside the canal at Wordsley.